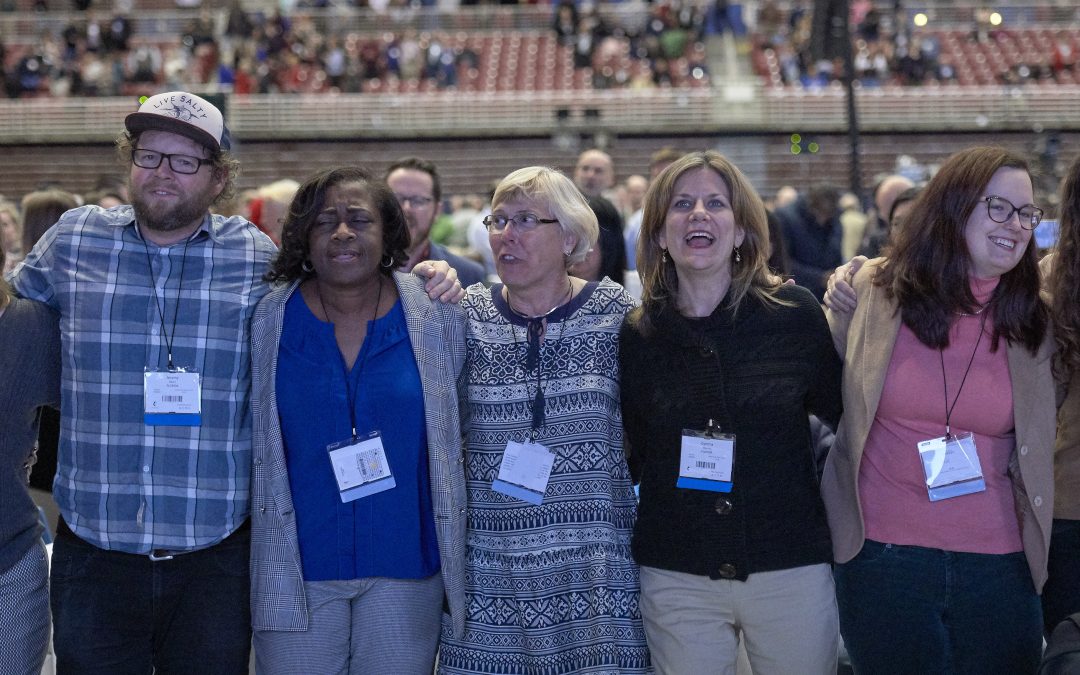 Council of Bishops President Bishop Kenneth H. Carter today called on United Methodists to make every effort to maintain unity for the sake of God’s mission as the denomination’s top legislative body began its work in St. Louis, Missouri.

The legislative work of the 2019 General Conference of The United Methodist Church begins on Sunday, Feb. 24 with an organizational session. First order of business will be standard housekeeping items such as setting the bar and taking roll call. The plenary will receive reports from the Committee on the General Conference, Committee on Agenda and Calendar, and Administrative Committees, as well as the report from the Commission on a Way Forward.

Day of Prayer and Worship: Starting With Surrender

Saturday, as the delegates gathered for the General Conference of The United Methodist Church, their time together started with surrender. This was a surrender to God and a surrender to the Holy Spirit. It was a sign that we are giving up of ourselves with the knowledge that our God is not giving up on us.

On February 23, 2019, the MARCHA West chapter hosted the WJ Young Adults Latinx group for a dialogue on issues of human sexuality to prep the young adults for what they might hear and experience during the 2019 General Conference Special Session. Guess what their reaction was.

The four value cocktails available inside the ‘bar’ at #GC2019

Each of the four plans under serious consideration at #UMCGC embody four values United Methodists hold as they consider a way forward. Will delegates be able to recognize how much they actually share in common and build off of that? 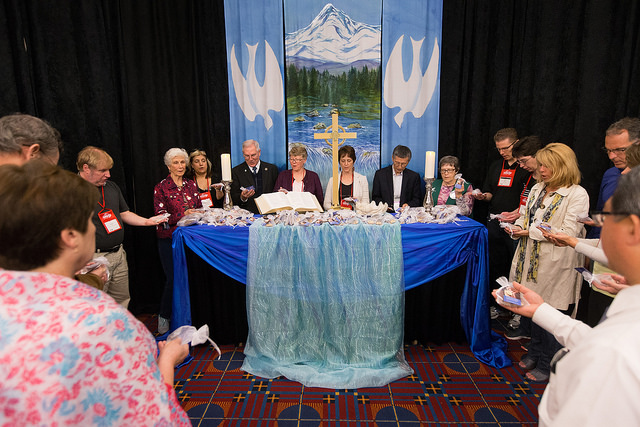 History is being made in St. Louis. Not only will the special called session of General Conference, Feb. 23-26, be the first special session since the one in 1970 that dealt with the organization of The United Methodist Church, but the Day of Prayer on Saturday will be historic, too. It will represent the first time that a general session has been launched with such an extended period of communal prayer: Six-and-a-half hours, beginning at 9 a.m. Central Standard Time and ending at 3:30 p.m. CST.

Looking to Acts 15: A “Special Session” of the Church

During General Conference 2019, you'll be able to engage with the people at the Special Session and others around the world that want to be a part of the historic conversation. 1) Twitter (@wjumc) - If you're looking for plain real-time commentary, join Twitter, the...

How to hack The United Methodist Church in 11,397 easy steps

In an insightful interview, progressive United Methodist blogger and reserve #GC2019 clergy delegate Jeremy Smith offers his thoughts on the upcoming special session, the art of online advocacy, and some advice for leaders who may need to respond to a hurting church.