In June, Claremont President Jeffery Kuan announced the school was facing serious financial difficulties. The school website indicated that without an infusion of $50-90 million, remaining on the current campus in Claremont, California will be cost prohibitive. Kuan cited campus maintenance costs and the rising cost of higher education as key reasons to seek a new direction and embed within another institution. 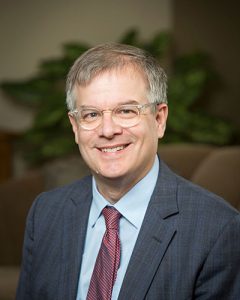 “Willamette and CST are both excellent schools with much in common – a focus on quality, and a mission to educate students and prepare them for lives that contribute to and transform their communities,” said Steve Thorsett, President of Willamette University. “Embedding CST at Willamette is an exciting opportunity to bring CST’s progressive approach to theological education to the Northwest, strengthen both institutions and support Willamette’s role as a liberal arts university with strong graduate programs.”

The proposed partnership offers opportunities for dual degree and co-curricular programs as well as expanded course opportunities for undergraduates. Both institutions cite shared values of diversity, Methodist heritage and academic excellence as key values. For CST, the move would provide financial stability in a time when it is experiencing increasing graduation rates.

Greater Northwest Area Bishop Elaine JW Stanovsky has been kept informed of the process by Presidents Kuan and Thorsett. “Claremont School of Theology is a vital, generative center of thought, faith and innovation”, she said in response to the announcement. “It pushes the boundaries of inclusive community in every way.  If the proposed move proves to be feasible, the Greater Northwest Area would welcome CST into the ‘neighborhood’ and eagerly explore the many ways the United Methodist conferences and the school can benefit from and enrich one another.” 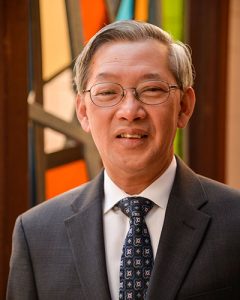 No specific timeline has been set for completion of the due diligence process and possible relocation. Kuan shares that “Any full-time student who begins a program in Fall 2017 should be able to finish coursework in Claremont, California.” CST will retain its name in any embedded relationship, and may continue some type of presence in Southern California in addition to its existing online programs.

Claremont School of Theology has been in the city of Claremont since 1957. Prior to that it was located at the then Methodist-related University of Southern California in Los Angeles. It was originally founded in 1885 as the Maclay College of Theology in San Fernando, California. Claremont School of Theology is fully recognized and approved as one of thirteen University Senate-Approved theological schools of The United Methodist Church, with close relationships with other Protestant denominations, especially the Disciples of Christ, the United Church of Christ, the Episcopal Church, and the Evangelical Lutheran Church in America.

What would become Willamette University was founded in 1842 by Methodist missionaries as the Oregon Institute, a school for children of missionaries and settlers. In 1849, the first meeting of the Oregon-California Conference, held at the Institute, officially recognized it as a Methodist school. In 1853, it was chartered by the Oregon Territorial Legislature. The University housed the Kimball School of Theology from 1906 to 1930. Willamette was also a partner in the Northwest House of Theological Studies (NHTS) formed in 1998 by the Oregon-Idaho and Pacific Northwest Conferences and housed at First United Methodist Church in Salem. Claremont School of Theology and Methodist Theological School in Ohio provided faculty and accreditation for NHTS which closed in 2010.

If the partnership moves forward, CST will join two existing graduate offerings at Willamette: the Atkinson School of Management and the Willamette Law School.

Additional Resources for this story: