Fair and equal ordination for all: It’s one thing to be ordained, it’s another to be appointed as an LGBTQ+ clergyperson 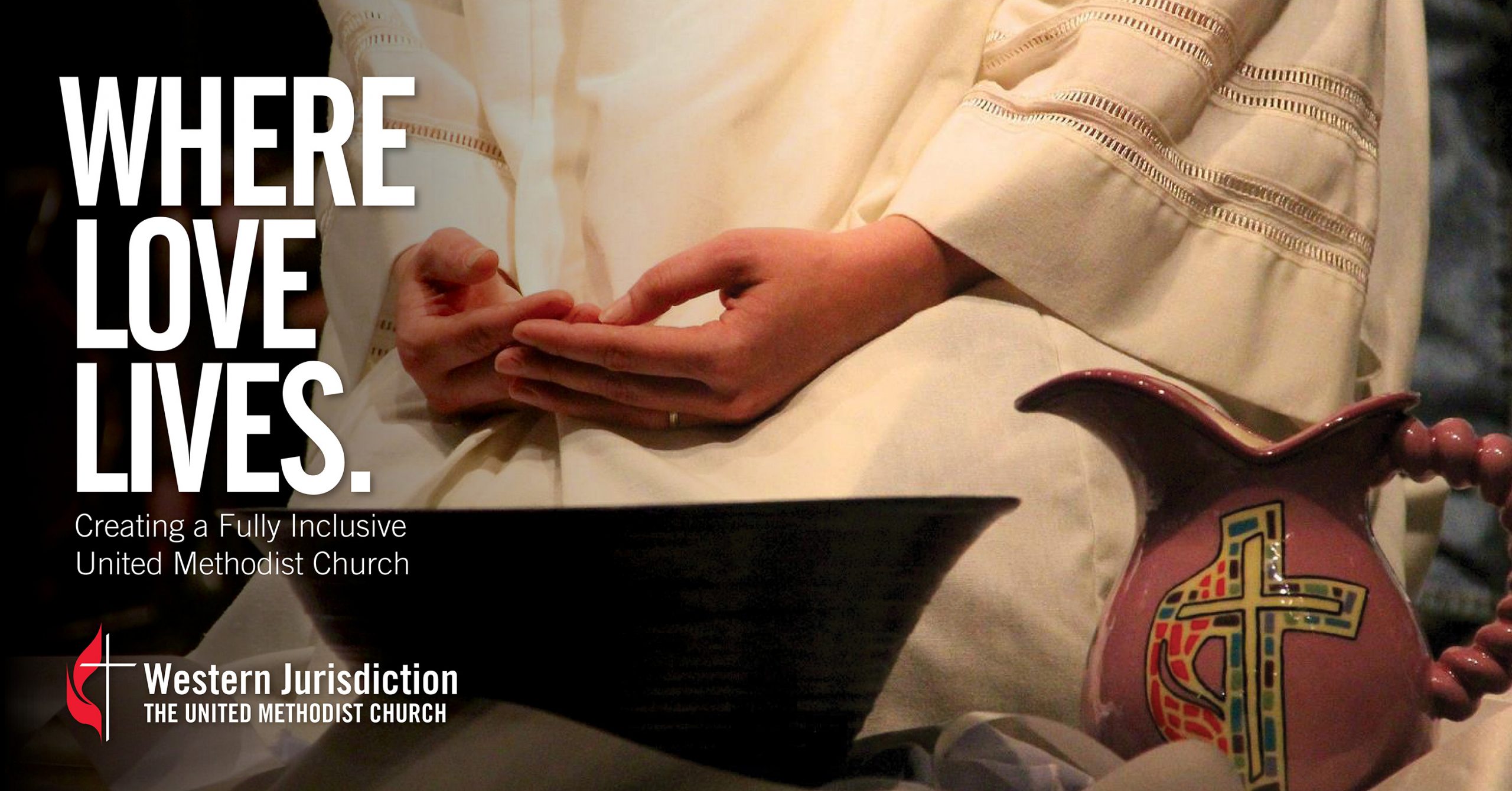 When it comes to the full inclusion of LGBTQ+ people in the life and ministry of our United Methodist Churches, is ordination fair and equal yet or is it still something to which we aspire?

As the Western Jurisdiction of The United Methodist Church continues its “Where Love Lives” campaign this month, the Greater Northwest Area of The UMC will explore our LGBTQ+ siblings’ call to ministry in a denomination where, by and large, they are still not welcome. Here, Rev. Amanda Gayle Reed shares her perspective on being a queer clergyperson in rural, more conservative communities and calls on her allies in more inclusive communities to understand the challenges.

“It’s not about you, Pastor,” they said.

It was all I could do not to throw my phone across the room and watch it shatter against the wall of the hotel room.

As I write this, I am currently serving two churches two hundred miles apart. I am doing this because when a pastor left to move cross country after her spouse’s job was transferred, conference leadership could not find someone to take the appointment. This is not an unusual circumstance for southern Idaho. It is a rural community that is a lot more conservative and very culturally different than their fellow Methodists on the other side of the conference in Oregon.

I was spending a week at the second church, which is an interim appointment to give them some leadership and help them find ways to worship during a pandemic, when I began getting frantic phone calls from members of my primary appointment.

A couple in the church was withdrawing their membership and as word traveled across the phonelines and over the fences, people wanted to know why. I was at a loss. I could not figure out what could have caused this couple, part of the core of our church who is involved in everything from teaching Sunday School to overseeing the installation of new carpet to sever their relationship with a church they had been active in for so long.

I called and learned that they did not like the “politics” of the conference leadership and didn’t like the “direction” they saw the United Methodist Church traveling… so they were leaving. But they assured me it was not about me.

They just did not know it.

Ifirst began to realize I was being called into ministry when I was sixteen years old. I had been raised in church, as had been my parents, so my faith was deeply rooted. I expected my friends to be shocked by the news, but they just shrugged and said, “You were always the spiritual one.”

At that time, I did not know how to talk about my sexuality.

My mother said I was a late bloomer because I was not pre-occupied with sex.

Tommy, whose locker was next to me, called me a “lesbo”—something he often scrawled on my locker. When I would not reveal the culprit, believing it would just make things worse, the principal ordered me wash the slur off my locker door.

But I did not have the words back then to explain what I was or how I felt.

“Asexual” was not in our lexicon about human sexuality in the mid-nineties. And being a lesbian was not an acceptable answer. I was born and raised in West Virginia. I held very conservative and traditional Appalachian values. Heterosexuality was the only acceptable expression of a person’s innermost feelings and I could not be anything else without sacrificing my family, my place in the community, and my church.

I watched other girls and learned how to act by mimicking them. Every crush I had on television heartthrobs and rock stars was a farce. I was always going with the flow, trying to convince myself and everyone around me that I was just as attracted to Uncle Jesse (from “Full House”) as every other female in my sphere of influence.

It would take years, two suicide attempts, and one failed opposite-sex marriage for me to finally acknowledge what I was. And even then, finding the right label, the correct words, was difficult and a reality I kept well hidden.

Now, I can call myself an “asexual lesbian” and feel wonderfully comfortable with it. I am someone who does not experience any sexual attraction toward anyone but has always felt romantic attractions to other women. But it took a lifetime to get to this place.

When I went before my District Committee on Ordination in my mid-twenties, I was still pretending to be something I was not. I do not know if I would have lied had I been asked about my sexuality, but no one ever raised the question.

I did not really experience discrimination during the ordination process itself. I was fortunate that no one asked, and I was not yet ready to say it publicly. I was also content with singleness at that point in my life and assumed that would protect me from the worst of the anti-gay vitriol.

It was after the ordination process was complete and I was becoming more comfortable in my skin with my clergy identity as well as my sexuality that the problems began.

I stopped pretending. I stopped trying to look like the women around me. I started expressing myself as I saw myself, which has always been perceived as masculine (butch). People began to have suspicions.

I began struggling with the inner debate about coming out publicly because I was serving a church that was making sexuality a major component of their identity. They wanted to be opposed to same-sex marriage and LGBTQIA peoples in the ministry. They kept pushing me to acknowledge that part of me they had began to suspect. Also, the question of full LGBTQIA inclusion in the church was reaching a fever-pitch and I kept hearing my colleagues who opposed inclusion say things like, “We’ll ordain gays as long as they are single and celibate.”

I knew they were lying.

Because if they were being honest, I should not have had to live in hiding and fear. I was single. I was celibate. While I watched straight colleagues have inappropriate sexual relationships and receive little more than a slap on the wrist, I knew that acknowledging my sexuality, even though I was celibate, would end my ministry.

After coming out to some colleagues, my bishop, and my family (in that order—I was terrified of my family’s reaction), I came out publicly.

And it became clear I would not have a future in the ministry in West Virginia.

I was that “single, celibate” gay pastor of conservative Christian mythology, but I was discarded like yesterday’s rubbish. It turns out there is an unspoken aspect of the “single, celibate” minster rule that no one acknowledges, but we all know is there: Do not even think about acknowledging what you are. Be single. Be celibate. And pretend to be straight.

I never thought I would leave Appalachia, but I had to. I applied to transfer to a more progressive, accepting conference. When I was presented with an opportunity to serve a church, it turned out to be on the conservative side of the conference. The District Superintendent called me and asked that I take down the blog articles I had written about coming out. She had loved them, but she did not think the church she was about to present me to would be ready for the “sexuality conversation.”

After years of fear and struggling, after summoning a courage I never knew I had to kick open the door I was hiding behind, and after weathering slings and arrows to come out on the other side somehow still standing, I was asked to go back in the closet.

As I watch churches in southern Idaho struggle to find pastors to serve them, largely since my straight male colleagues (who claim the “ally” label) refuse to itinerate here, I am left to fend for myself.

Single women are carrying the burden of keeping rural churches in southern Idaho open and alive. And in my case, it comes at the price of sacrificing any chance that I might have at living in the fullness of who I am. As long as I am here there will be no dating, no possibility of marriage, no coming home to a partner who can hold me after a hard day. It means getting bad news about parishioners alone in a hotel room and having no shoulder to cry on.

The allies who would have an easier road to walk in these places have simply refused to come and prepare the way. They have left it to those of us who are unwanted to come and make the road smooth and to lay the foundations for a more inclusive church.

Gradually, over the past three years, I have built relationships that have reached the point where we can talk about my sexuality. Some parishioners have figured it out on their own, some I have talked to about it. And some, I am not ready to have that conversation with.

The couple that left fell into the latter category.

I knew a revelation about my sexuality would be difficult for them to accept. I was still praying about how to approach the subject and when to talk to them about it, knowing that if things went sideways, I would be dealing with it alone – and then they announced they were leaving because our conference leadership supports full inclusion of LGBTQIA persons.

What good does it do me that leadership is in support of full inclusion of LGBTQIA persons when that same leadership asked me to go back into the closet and close the door behind me? What good does a public rhetoric of ally-ship do me when those same allies refuse to come to the harder places to be an ally and make the road a little easier for us to walk? What good are messages of solidarity when we are abandoned and alone in these places?

“It’s not about you, Pastor”, they said.

Except it is, whether they know it or not.