Museum tour a step in healing relationships with indigenous peoples

On July 14, delegates of the 2016 Western Jurisdictional Conference experienced an “Act of Repentance” as part of The United Methodist Church’s commitment to build healing relationships with indigenous peoples. 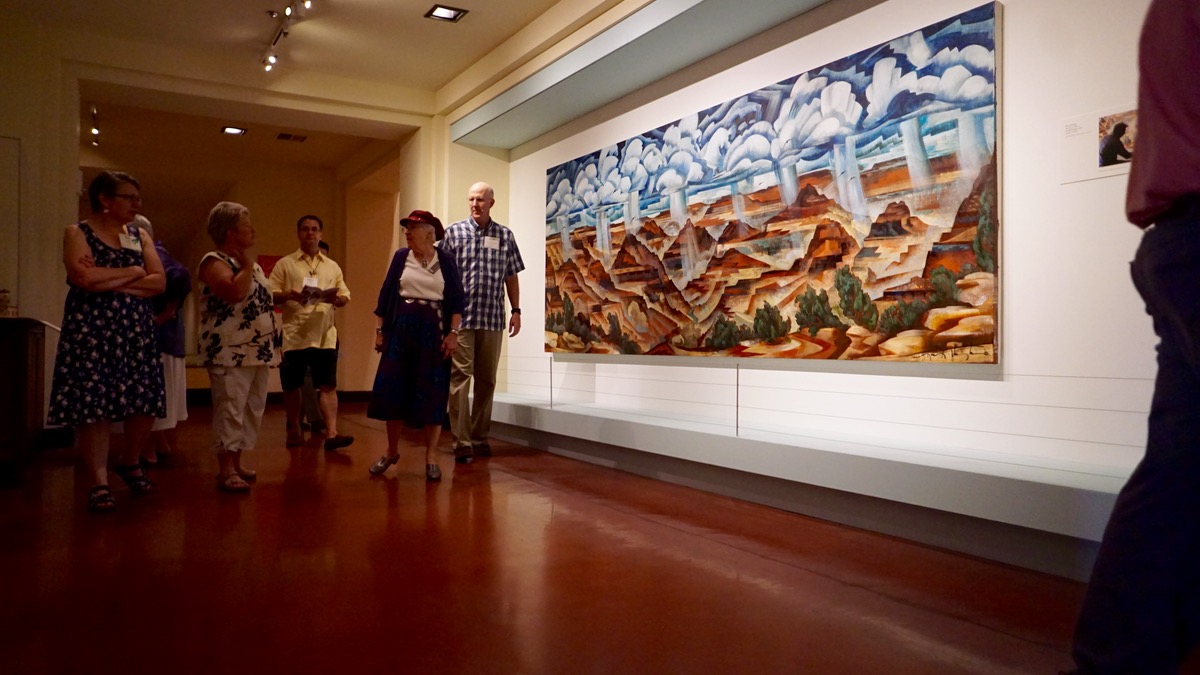 Attendees toured the Heard Museum of Native Cultures and Art in Phoenix to learn about ancient practices and current issues related to the treatment of Native Americans in the United States. The emphasis of this museum is the heritage and living culture of the peoples of the Southwest with historical artifacts and contemporary art.

Of primary importance for delegates was an extensive look at the boarding school experience of indigenous peoples. Says the exhibit: 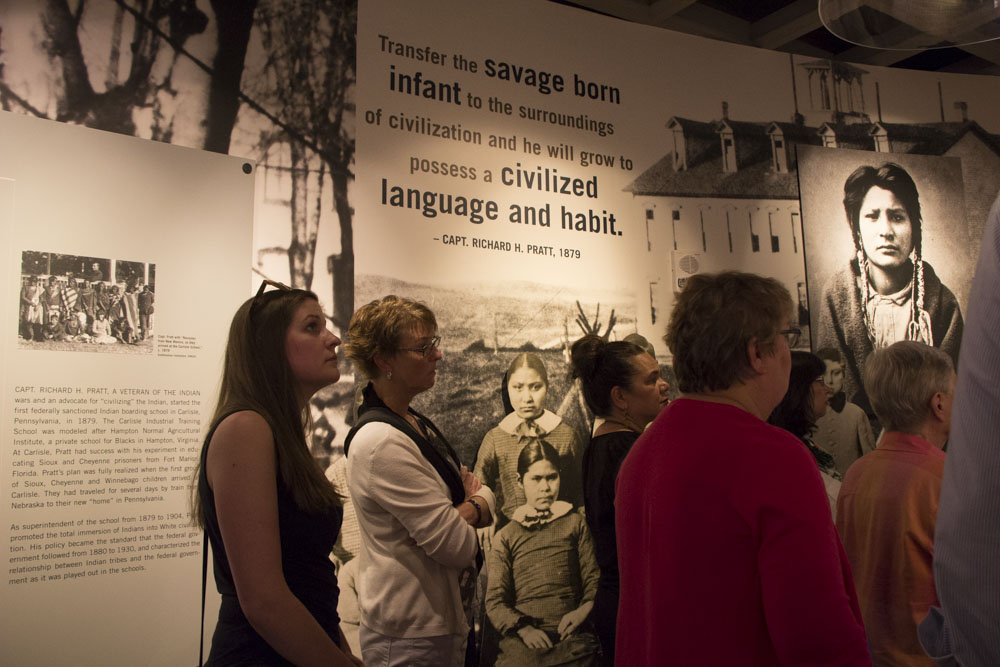 The Indian boarding school system was organized in 1879 under the United States Department of War. Officially, its purpose was to standardize “experiences of American culture, language and history.” Unofficially, according to a guide, boarding schools “were the place to kill the Indian and save the man.” They were to civilize and Christianize. They were to take away native culture and language. They were to make indigenous persons “American.”

It is summarized well in a quote from the dedication of one of the schools in 1884: “When one Indian boy or girl leaves this school with an education, the ‘Indian Problem’ will forever be solved for him and his children.” 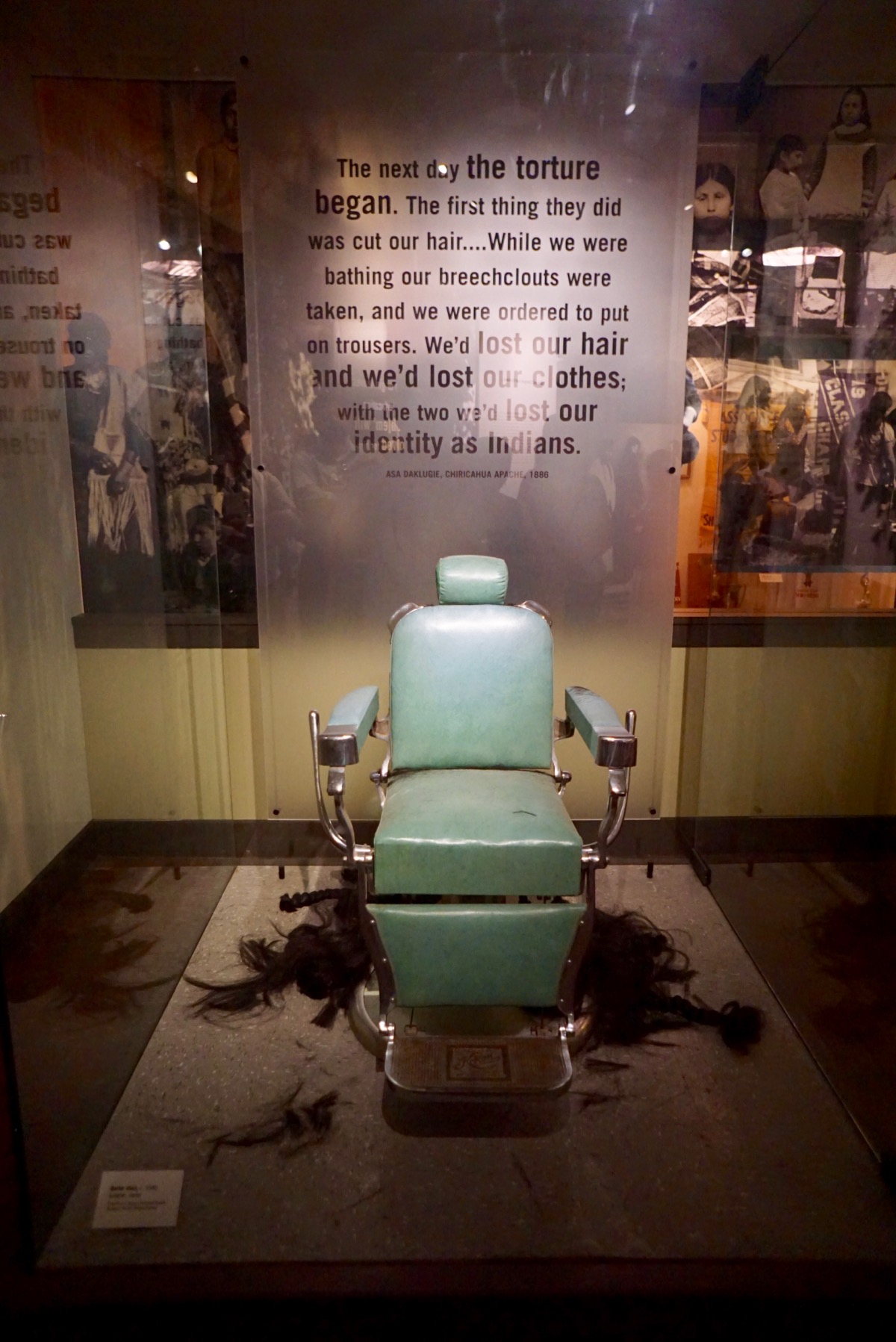 The tour took delegates through the experience of the boarding school: the cutting of the hair, the dormitories that separated sisters and brothers and removed all things familiar, forcing to wear Western attire, and the loss of a sense of name and people and homeland. Years spent in boarding schools tore apart families and broke spirits. It was the dominant Anglo culture and churches that played a role in this chapter of history.

Following the museum tour, Mountain Sky Area Bishop Elaine Stanovsky and Charles Brower, pastor of Nome, Alaska and Inupiaq Alaskan Native, led the participants into a time of healing, moving towards transformational engagement through awareness and implications of this history. 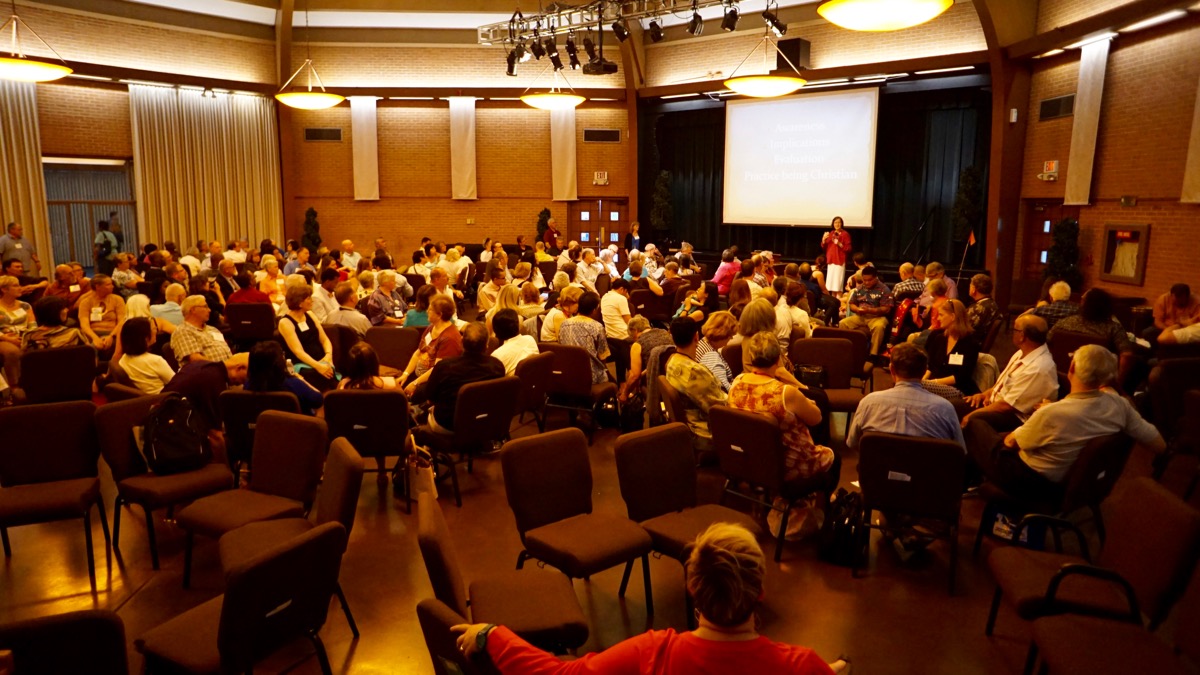 Bishop Stanovsky shared about another tragic chapter of history, one that specifically involved the Methodist Church, the Sand Creek Massacre. On Nov. 29, 1864, Col. John M. Chivington, a Methodist Episcopal Church pastor, led an attack on a peaceful camp of Cheyenne and Arapaho tribes near the Big Sandy River of the Colorado Territory. At the 2016 General Conference in Portland, Oregon, Stanovsky led a report on the Sand Creek Massacre that included remarks by descendants and a presentation by historian Gary L. Roberts.

After contemplating many images of the oppression of indigenous peoples, Brower shared about being sent to a boarding school, Wrangell Institute, at the age of 10.

He started by saying that because his name was not easy to say — Asiangataq — he was called “Number 74.” He, like others, lost their names. They were numbered. They had clothes taken away. Some of his friends from boarding school days are traumatized to this day, not fitting into the white world into which they were to be assimilated. It has driven many to drugs, alcohol, and suicide. This is a burden he carries.

“We acknowledge that leading up to the Massacre, during the Massacre and in the aftermath of the Massacre, representatives of the Church utterly failed to uphold gospel values of respect for human life and all of creation, justice for all people, self-giving love and hospitality to strangers.”

This was a day for the Western Jurisdiction to raise awareness and look for ways to bring healing.