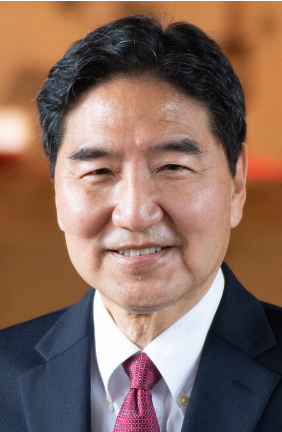 Community and Ecumenical Involvement:
2017-present – Board of Directors, Wesley Foundation Serving the University of Hawaii at Manoa (currently serving as chair).

2004 – 2019 – Family Promise – led or participated with various churches to house and feed homeless families for one week per quarter as they worked toward permanent housing.

1998 – 2010 – active in the Windward Coalition of Churches, an interdenominational group of clergy and churches on the Windward side of the island of Oahu, Hawaii.

1992 – Active in addressing the crisis around the verdict exonerating the police officers who beat Rodney King through Operation Resurrection, a Cal-Pac Committee to rebuild relationships in the City of Los Angeles; initiated additional community dialogue sessions between Korean-Americans and African-Americans.

late 1980’s to the early 1990’s – Korean American Coalition – a community based organization focusing on improving relationships within the Korean Community and the greater community.

Other Relevant Experience:
Various years – worked on complaint processes at different levels of the connection.

2004-2022 – How-To training workshops for the Hawaii district, designed for laity and clergy, including the Staff/Pastor-Parish Relations committee and online ministry.

2010-2015 – as the Hawaii District Superintendent, brought prominent speakers to the Britt Lectures, an annual lectureship for laity and clergy bringing to Hawaii prominent scholars, professors, and outstanding ministry practitioners, such as Anna Carter Florence, William McClain, Adam Hamilton, and Mike and Carolyn Slaughter.

Why are you being called to the episcopacy at this time? What is it that you especially bring to the role of bishop with the current challenges facing our denomination and the Western Jurisdiction right now?
CALLING: I have an abiding love for Jesus Christ and the United Methodist Church. My discernment, experiences, skills, and personal situation have led me to believe that God may be calling me to the episcopacy.

LEADERSHIP STYLE: to be reflective prayerfully throughout, to listen, learn, be collaborative, and then to take action. I believe that this approach is essential during these times.

EXPERIENCE, SKILLS, QUALITIES:
Hawaii District Superintendent – initiated the appointment of: younger clergy to Hawaii District churches; the first deacon to be appointed to a church in the Hawaii District; clergywomen as lead pastors in churches for the first time. I worked hard to be supportive of laity, clergy, and their churches/ministries.

Board of Ordained Ministry (current chair) – the experience has given me greater insight into the necessary qualities of effective clergy.

Multi-Cultural Competency – service in many kinds of churches, mainstream and ethnic; led training for laity and clergy on this topic.

Worship, Music, and the Arts – I feel worship is central to what we do as United Methodists: I love creating and enhancing worship experiences using different instruments, musical styles, dance, drama, and video.

Passion for Technology – lately focusing on online/hybrid ministry, working with lay and clergy to improve their skills in this area.

Committed to Full Inclusion – examples: helping develop policies and a culture of inclusion with the Board of Ordained Ministry; initiated support for and solidarity with the Florida 16 at this past annual conference.

Committed to Bridge Building and Fairness – the Biblical figure I have always identified with is Moses, who was born into one culture and raised in another. I have had a similar experience – born of Korean descent and grew up largely in American culture – and this has helped me to learn how to connect with different people and to look at each side of an issue.

Willingness to Make a Tough Call – bishops often make decisions that will upset many or one side; I always work toward an amicable solution, but I am not afraid to make a difficult decision.

FAMILY: married to Becky Lynn Hayashida Choi, director of construction management, public housing branch for the State of Hawaii; we have twin daughters, Marina and Sierra, sophomores at the University of Hawaii at Manoa.

INTERESTS: In addition to music and theater, I love sports; trivia of many types; cooking – sous vide and tapas are the newest ways; searching for the ideal cup of coffee; traveling with my family – most recently to Spain.

Describe how the last two years have affected your ministry.
The COVID pandemic radically changed how we do ministry. I saw this as an exciting opportunity to explore new ways of being in ministry. I’ve been energized embracing online and hybrid worship. Meetings by ZOOM have allowed or motivated more people to participate in ministry, such as those who have difficulty with or were reluctant to traveling to night meetings.

One of the greatest gifts of the past two years with online ministry has been the ability for family members and friends to join in my church’s online worship services, something that we have not been able to do together on a regular basis for decades, since we live in different places. What an incredible joy that has been!

The COVID era and the added responsibilities related to it have also taught me to delegate more and trust in my staff and leaders to work without my constant attention.

In my work with the Board of Ordained Ministry, I listened to feedback about the Board and responded by leading the creation of a new process for evaluating candidates for ministry with more opportunities to know the candidates better.

I have primarily used online resources for daily devotionals, such as dailyoffice.org. In the past two years, I have added the frequent viewing of worship services from different churches. At first, it was to get ideas for my own worship service, but now I use them for spiritual nourishment as well. If elected, I plan to continue this practice as a way to be fed spiritually and to learn about the churches and ministries in the episcopal area to which I may be assigned.

At the beginning of this year, I was concerned about weight gain in part due to the pandemic and some borderline numbers with my health. In mid-January of this year, I started the NOOM weight loss program and I have lost 30 pounds through improved dietary habits and exercise. The latest medical tests show excellent health numbers. I feel that I am in the best physical health that I’ve been in decades, and I have even more energy for ministry.