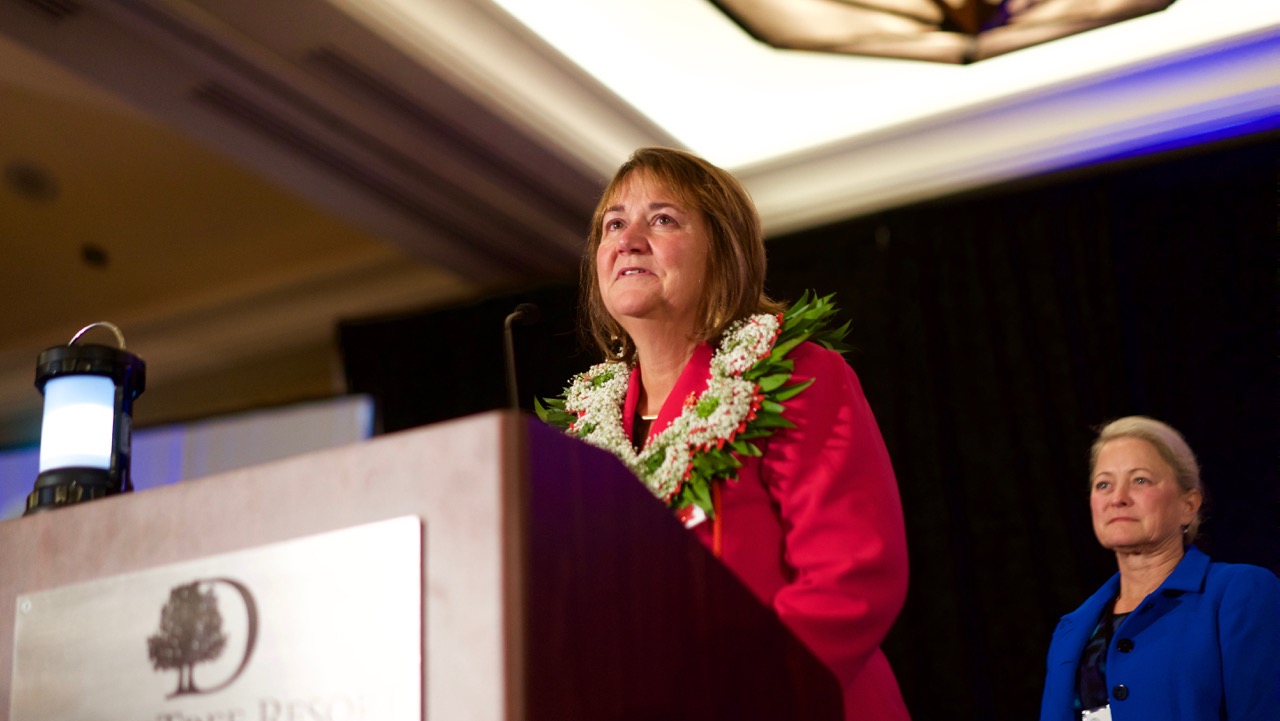 The Rev. Dr. Karen P. Oliveto was elected to the episcopacy on the 17th ballot by the Western Jurisdiction of The United Methodist Church (UMC).

“Today we took a step closer into living into beloved community,” said Oliveto.

Since 2008, Oliveto has served as the senior pastor of Glide Memorial UMC in San Francisco. CA. Glide is the Western Jurisdiction’s largest membership congregation, and one of the top 100 largest membership congregations in the denomination. Prior to Glide, Oliveto served as the associate dean of academic affairs/director of contextual education at the Pacific School of Religion (PSR) in Berkeley. She has held pastorates at Bethany UMC in San Francisco and Bloomville UMC in Bloomville, New York, as well as being the campus minister at the Ecumenical House Campus Ministry at San Francisco State.

During his Episcopal Address on Wednesday, Bishop Warner H. Brown, Jr. of the San Francisco Episcopal Area reminded the body of the Jurisdiction’s vision to “be a home for all God’s people, gathered around a table of reconciliation and transformation.” The jurisdiction is multicultural and inclusive, engaged in the life of its communities with confident, effective, lay and clergy leadership in diverse ministry settings forming disciples who live out the Good News of Jesus as global citizens.

The Jurisdiction has elected:

She has served as a General Conference delegate in 2004 and 2016, and a Jurisdictional Conference delegate in 2000, 2008, and 2012. Oliveto serves on the General Council on Finance and Administration (GCFA), the Western Jurisdiction Council of Finance and Administration, the General Board of Higher Education and Ministry (GBHEM) as a coach for the Lead Women Pastor Project.

Oliveto will be consecrated on: