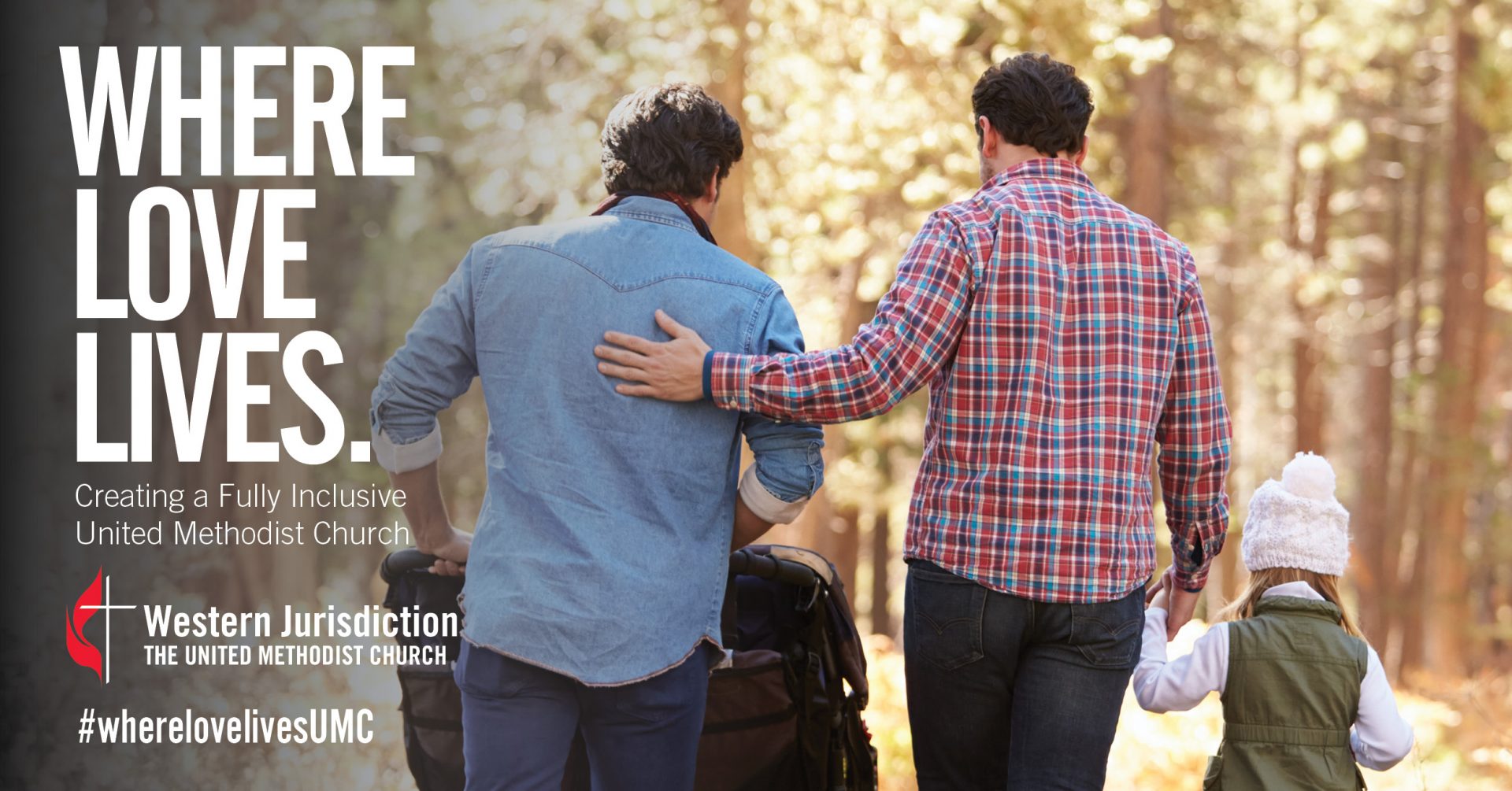 DENVER, Colo. (Oct. 7, 2020) – The Western Jurisdiction of The United Methodist Church is beginning preparations for the next General Conference by recommitting itself to be a faithful, inviting, open, safe and loving place for all people.

As The United Methodist Church awaits a delayed decision on the proposed Protocol of Reconciliation and Grace through Separation, “Where Love Lives” is a nearly year-long campaign centering on the faith values that have undergirded the jurisdiction’s long-term commitment to a scripturally based fully inclusive ministry. It advocates approval of the Protocol by the General Conference.

“The Western Jurisdiction is committed to living out our belief that God’s church is open to all,” said Bishop Karen Oliveto, president of the Western Jurisdiction College of Bishops. “The Protocol for Reconciliation and Grace through Separation offers a way forward to begin easing the five decades of pain created by the wounds inflicted on LGBTQ persons by the church.”

“Your home – our home – remains open,” the Jurisdiction declares. “The United Methodist Church is and will be safe, secure, open, and built on faith in God, trust in one another, and with love for all in all we do.”

Bishop Oliveto said the idea for the campaign came from conversations within the Western Jurisdiction leadership focused on the great divisions the church and nations around the world are experiencing. “We wanted to make sure there is an alternative vision for people to embrace, a vision that comes out of love that informs our actions as Christians.” She said.

The campaign comes in the midst of global uncertainty – heightened by the worldwide Covid-19 pandemic – over the future of the denomination. Because of the pandemic, the 2020 General Conference, where the Protocol had been scheduled to be considered, was postponed and rescheduled for Aug. 29-Sept. 7, 2021 in Minneapolis, Minn.

“As we await the… General Conference and Protocol vote, let us recommit ourselves to creating, protecting, and sustaining a United Methodist Church that welcomes all, in Christ,” The jurisdiction said. Since 1982, two years before the denomination officially barred the practice, the Western Jurisdiction has ordained and assigned LGBTQ persons to be pastors. In 2016, the jurisdiction elected the denomination’s first openly lesbian bishop. And in 2019, the Jurisdiction committed itself to be a safe harbor for LGBTQ+ clergy from across the denomination.

“The Western Jurisdiction is committed to living out our belief that God’s church is open to all.”

The Protocol awaiting action in the postponed General Conference offers a path forward through the nearly 50-year-old dispute over the role of LGBTQ+ people in The United Methodist Church. Simply put, it would create a reshaped United Methodist denomination where LGBTQ+ persons could be ordained as pastors and churches could hold same sex weddings, while simultaneously allowing opponents of LGBTQ+ inclusion to leave and form a new, more conservative denomination. Those persons would retain their former United Methodist pension benefits and congregations would be able to keep their buildings to be part of the new denomination.

In addition to promoting the Protocol, Bishop Oliveto said, the campaign will create opportunities for United Methodists across the Jurisdiction to engage in conversation about what its adoption could mean for local congregations and their pastors. These could be gatherings in homes, Sunday School classes, other small group settings, and all church meetings.

Monthly themes from October through the convening of the postponed General Conference in 2021, will focus conversation and discussion on topics related to the Jurisdiction’s commitment to inclusion, scriptural faithfulness, and the theological teachings of John Wesley, the denomination’s founder.

Here are the opening themes of the campaign:

These themes, Western Jurisdiction leaders believe, build on the progress made across their jurisdiction over the past dozen years, and could provide a solid foundation for other conferences across the church after the completion of the postponed General Conference. It keeps the historic United Methodist name, and focuses on its commitment to Wesley’s teachings on piety and social holiness. 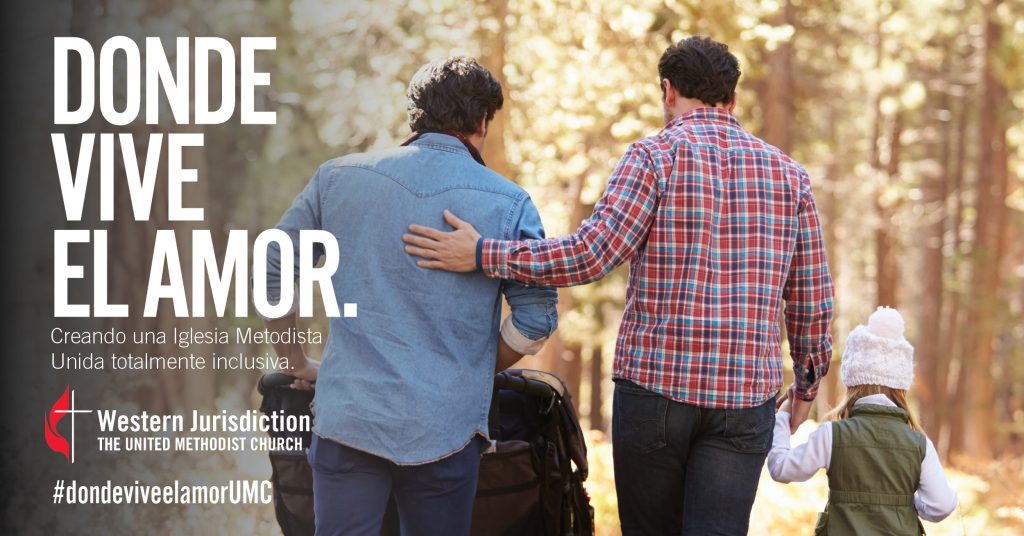 This is planned as a multi-faceted campaign. It can be adapted for use in annual (regional) conferences and local congregations. The range of tools that can be created for the campaign include blogs, e-mail posts, Zoom calls, congregation-wide events, locally-generated articles on the importance of being an inclusive church, newsletter posts, prayers, short videos, calls to action, and the utilization of social media like Facebook, Twitter, and Instagram.

Download a PDF version of the “Where Love Lives” press release